The Sonar High Aspect Front Wing Series is engineered for the highest speed and efficiency possible across a range of disciplines – from kite foiling to prone foil surfing. With this style of wing, you need minimal pump and power to generate glide. The shorter chord length defines the profile thickness, and with a thin profile comes reduced drag. The span gives you stability and a slightly longer radius turn than a lower aspect ratio wing of the same size. The wingtips are refined to ensure there is no ventilation when you tip breach, giving you the ability to crank tighter radius turns at higher speeds, without losing speed.

The smaller HA550-HA750 have less planing surface and higher stall speed. They are designed to generate maximum efficiency and lift for high-speed wing foiling, racing, and kite foiling.

With excellent lift at high speed, the HA850-HA1250 are your core wing-foiling and prone surf sizes.

The larger HA1450 is ideal for dock starts, pumping to connect wave after wave, coastal runners or stealing wakes. 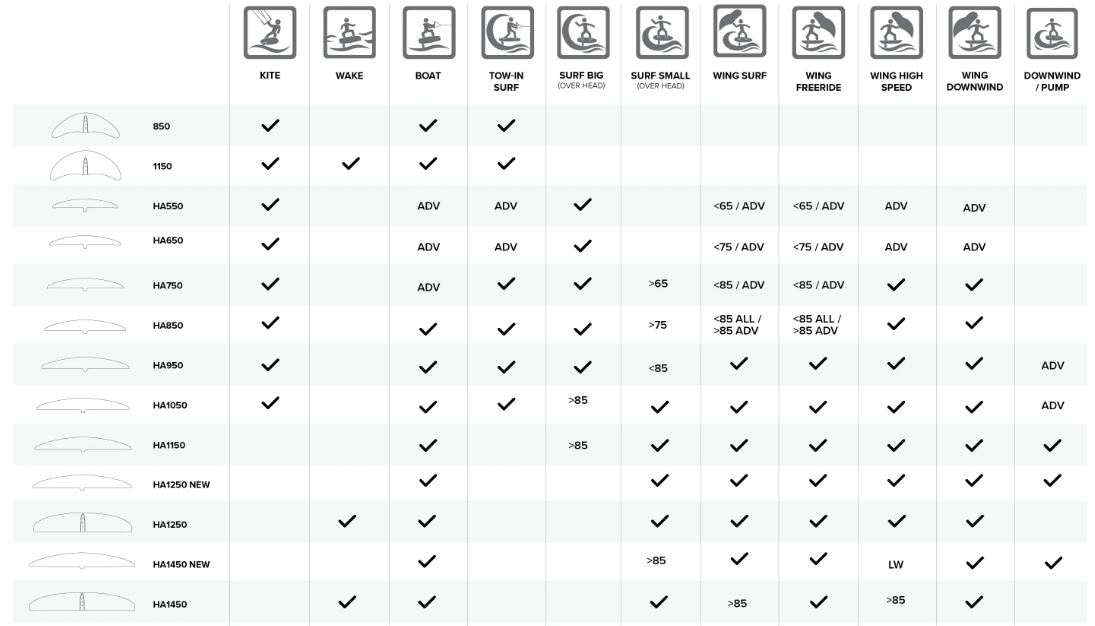